A 63-year-old grandmother and her 6-year old granddaughter were reportedly escorted from a Georgia hotel in the middle of the night after leaving a negative review.

Susan Leger used the Internet Booking site ‘Hotels.com’ to arrange a three-night stay at Baymont Inn & Suites in Helen, Georgia, a hotel brand operated by Wyndham Hotels & Resorts. However, they were instructed to leave before they spent their first night at the hotel.

Danny Vyas, the Hotel Manager, reportedly called the cops, when ledger responded to an email from Hotels.com inquiring about her stay

As per the source, she rated the hotel three out of five stars, claiming it was shabby, the pool was closed, and there were issues with the bathroom.

An officer from the Helen Police Department ultimately knocked on their door and instructed them to leave, “Can they force me out of a hotel in the middle of the night for awarding three and five stars”? Ledger remembered informing the responding officer. According to WXIA, the officer advised Leger that the hotel was legally permitted to do so.

Georgia law requires hotels to provide adequate notice to guests before evicting them. Only “failure to pay sums due, failure to follow by rules of occupancy, failure to have or maintain reservations, or other action by a visitor” are exceptions.

Vyas, on the other hand, refuted this and later informed the outlet of two other reasons why they were thrown out.

The organization also stated that the property has been “temporarily deleted” from its website while the matter is being investigated further.

According to a spokeswoman for Wyndham Hotels & Resorts, the firm is “extremely concerned by this occurrence, which is in no way indicative of our brand values or our expectations of franchisees.”

Although the “location is independently owned and run as a franchise,” the representative said, “We take this concern seriously and are addressing it immediately with the hotel’s owner.”

As per WXIA, two months after the event, Hotels.com issued a refund to Leger despite stating that reimbursements were not permitted. 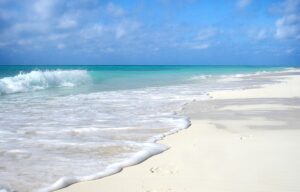