South Dakota’s minimum wage is expected to increase by 50 cents on Saturday, January 1st, bringing it to $9.95. When Siouxland News investigated the effects, local companies said it would have little to no effect on their business.

Joe Sitzmann, the owner of P’s Pizza in Dakota Dunes, claims that the minimum wage is not an issue because he currently pays all employees more than the minimum wage. Several additional establishments on the North Sioux City strip concur.

Off-camera, several South Dakota employers said that they had to raise pay to keep employees from leaving the industry.

The minimum wage has risen steadily over the previous five years:

But, with current demands to the cost-of-living, some ask if it’s enough.

The Department of Labor declined an interview, but said in a statement:

Customers must now pay because of increased labor demand and higher wages.

“Also, with the demand of higher wages, we are now in a position where we have to raise menu prices from across the board, whether it’s drink or food, we’ve had to make those adjustments and the labor shortage is really because of that,” Sitzmann said.

In addition, the hourly minimum wage for tipped employees in South Dakota will increase to $4.97/hour on January 1st. 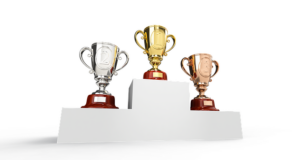