WTN recommends that travelers delayed as a result of Southwest Airlines’ operational disaster should rebook on another airline immediately. If there is a delay wait for Southwest Airlines to reply, request a refund, apply for travel interruption insurance, and contact consumer protection groups.

Senators Edward J. Markey (D-Massachusetts) and Richard Blumenthal (D-Connecticut), members of the Senate Commerce Committee, are now getting involved. US Secretary of Transportation Pete Buttigieg talked with union leaders and the CEO of Southwest Airlines to emphasize the Department’s expectation that Southwest fulfill its commitments to customers and employees and take measures to avoid a similar issue from occurring in the future.

“Southwest Airlines is failing consumers during the most important travel week of the year. Instead of a holiday spent celebrating with family and friends, passengers are sleeping in airports or desperately trying to reach customer service agents”.

Southwest has no clear way to make amends to people whose vacations have been spoiled. In addition to rebooked tickets, ticket refunds, and hotel, food, and transportation reimbursement, the corporation should compensate customers whose flights were canceled with considerable monetary compensation for the interruption of their vacation plans.

Southwest plans to deliver a $428 million dividend next year; thus, the airline can afford to make amends to the customers it has wronged. Southwest should prioritize its passengers who are delayed at airports and on indefinite wait.

As Southwest executives have acknowledged, the mass cancellations yesterday were largely due to the failure of its internal systems. As such, those cancellations should be categorized as ‘controllable,’ and Southwest should compensate passengers accordingly.” 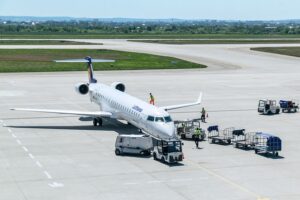