While they originally supported their respective governments in implementing the notoriously tight entry regulations, border officers are now becoming more concerned about the falling traffic numbers.

Throughout the crisis, both the United States and Canada took policies that some may consider severe. From excluding particular nationalities from entering under any circumstances to demanding negative testing long after immunizations became available, America’s northernmost nations have chosen an unmistakably conservative approach to combat Covid.

After months of fueling travel anxiety, the United States finally repealed its widely criticized inbound travel testing requirement, which extended to all overseas entrants, including American citizens. Canada recently repealed a contentious order that barred unvaccinated Canadians from traveling at all, but these are still insufficient.

Canada has extended its border requirements until September 30, meaning that Americans entering the country must still download the ArriveCan app and, of course, be properly vaccinated. Similarly, the US has not stated when vaccination requirements for international visitors would be eliminated.

Beth Potter, CEO of the Tourism Industry Association of Canada, has revealed that “Tourism spending has only reached 50% of pre-pandemic levels. Additionally, the number of overnight stays fulfilled by foreign travelers, including Americans, has dropped by a bewildering 89%. These numbers translate into actual losses for hard-working Canadians: we have received reports of several business owners that are struggling to get back on their feet due to the lack of tourist dollars”. 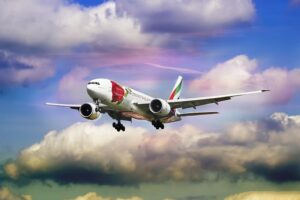