As Hurricane Ian approaches landfall in Florida, a hurricane warning has been issued. In a public alert, the US National Hurricane Center reported that Hurricane Ian was about 53 miles south-southwest of the Dry Tortugas, a US national park comprised of a group of islands.

Ian, a Category 4 hurricane with maximum sustained winds of 121 miles per hour, is predicted to hit the Florida Peninsula with life-threatening storm surges, devastating winds, and huge flooding.

According to Florida Governor Ron DeSantis, more than 2.5 million state citizens are currently under some form of evacuation order. Ian also has the ‘potential’ to make landfall as a Category 5 storm, according to him.

“Forecasts can change, but for now, the experts say this could be a very severe hurricane, life-threatening and devastating in its impact,” US President Biden said at the White House on Tuesday afternoon.

According to Tampa Mayor Jane Castor, the latest predicted path of the hurricane shows that “it may land a little further south than first anticipated.”

700 FEMA employees have been dispatched to Florida, and Governor DeSantis has activated 5,000 state National Guard soldiers. The White House said that an additional 2,000 National Guard officers from other states will be sent to Florida.

The US 4th Fleet, based at Naval Station Mayport in Jacksonville, Florida, has instructed all ships and aircraft to make necessary preparations for the storm’s projected arrival. The emergency response plans of all power providers in Florida and the southeastern United States have been activated. 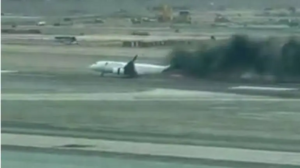 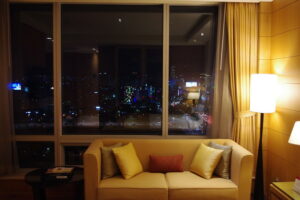