Traveling may be substantially more expensive than it once was, given inflation and other issues affecting the hospitality industry, but certain places have been affected worse than others. Miami has seen the most drastic price increases of the summer destinations evaluated in the United States, with hotels now costing 56% more than they did in 2019.

Hotel room rates in Miami have risen over the previous three years. As fewer people went and hospitality leaders were forced to cut back on operational processes, hotel overnight costs in Florida’s largest tourist attraction increased by 55.6 percent. This implies that travelers in Miami were predicted to pay USD 369.51 per night in the first five months of 2022, compared to $237.41 in the same period in 2019 before Covid was designated a pandemic. The study, conducted by Bloomberg with the aid of Google’s data professionals, examined hotel prices in seven prominent summer cities.

Surprisingly, Miami came up on top, beating out six other cities on the list. It even surpassed the usual luxury hideaway of The Hamptons, which now ranks second with a 51 percent increase in hotel rates. The scenic island of Nantucket in Massachusetts, where more expensive vacations are often located, rounds out the top three with another 45.7 percent increase in pricing.

According to hotel industry data supplier STR, hotels in “the United States as a whole are now 33% more costly. Worryingly, these national projections are based only on April and May national averages and do not account for summer prices, which are often significantly higher than those observed during the low season”.

Even though Miami-bound vacationers are likely to have saved up ahead of time and are likely seeking some luxury nonetheless, mid-July prices at hotels like Faena may easily reach a staggering $534 per night. Rooms at the Betsy may cost up to $417, and while there may be more inexpensive alternatives on AirBnB, those are still not cheap. 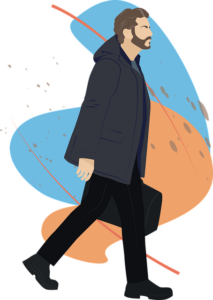